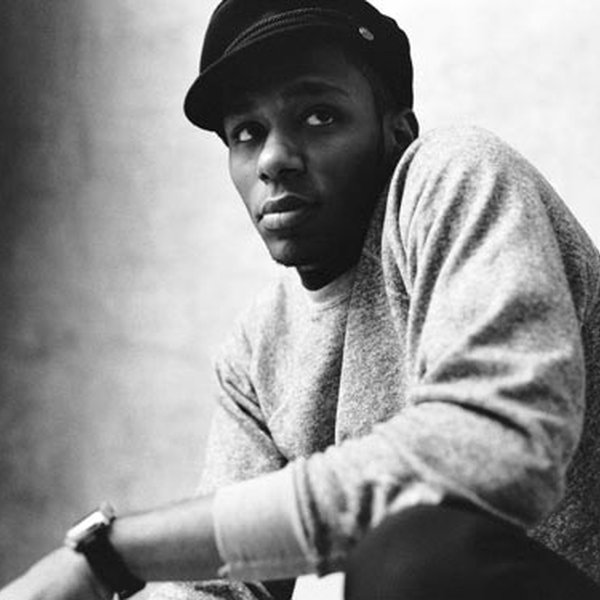 Initially regarded as one of the most promising rappers to emerge in the late '90s, モス・デフ, aka Yasiin Bey, turned to acting in subsequent years as music became a secondary concern for him. He did release new music from time to time, including albums such as The New Danger (2004), but his output was erratic and seemingly governed by whim. モス・デフ nonetheless continued to draw attention, especially from critics and underground rap fans, and his classic breakthrough albums -- Black Star (1998), a collaboration with Talib Kweli and Hi-Tek; and Black on Both Sides (1999), his solo debut -- continued to be revered, all the more so as time marched forward. モス・デフ often used his renown for political purposes, protesting in the wake of Hurricane Katrina in 2005 and the Jena Six incident in 2007, for instance.

Born Dante Terrell Smith Bey on December 11, 1973, in New York City's Brooklyn borough, モス・デフ began rapping at age nine and began professionally acting at age 14, when he appeared in a TV movie. After high school, he began acting in a variety of television roles, most notably appearing in 1994 on a short-lived Bill Cosby series, The Cosby Mysteries. In 1994, モス・デフ formed the rap group Urban Thermo Dynamics with his ヤンガーブラザー and sister, and signed a recording deal with Payday Records that didn't amount to much. In 1996, his solo career was launched with a pair of high-profile guest features on デ・ラ・ソウル's "Big Brother Beat" and Da Bush Babees' "S.O.S." A year later, in 1997, モス・デフ released his debut single, "Universal Magnetic," on Royalty Records, and it became an underground rap hit. This led to a recording contract with Rawkus Records, which was just getting off the ground at the time, and he began working on a full-length album with like-minded rapper Talib Kweli and producer Hi-Tek. The resulting album, Black Star (1998), became one of the most celebrated rap albums of its time. A year later came モス・デフ's solo album, Black on Both Sides, and it inspired further attention and praise. Yet, aside from appearances on the Rawkus compilation series Lyricist Lounge and Soundbombing, no follow-up recordings were forthcoming, as the up-and-coming rapper turned his attention elsewhere, away from music.

During the early 2000s, モス・デフ acted in several films (Monster's Ball, Bamboozled, Brown Sugar, The Woodsman) and even spent some time on Broadway (in the Pulitzer Prize-winning Topdog/Underdog). He simultaneously worked on the Black Jack Johnson project with several iconic black musicians: keyboardist Bernie Worrell, guitarist Dr. Know, drummer Will Calhoun, and bassist Doug Wimbish. This project aimed to reclaim rock music, especially the rap-rock hybrid, from such artists as Limp Bizkit, who モス・デフ openly despised. モス・デフ hoped to infuse the rock world with his all-black band, and during the early 2000s, he performed several small shows with his band around the New York area. In October 2004, he finally delivered a second solo album, The New Danger, which involved Black Jack Johnson on a few tracks.

Two years later, after a few more acting roles -- including the Golden Globe-winning Lackawanna Blues and the Emmy-winning Something the Lord Made, both of which were made-for-television movies -- モス・デフ released his third solo album, True Magic (2006). A contract-fulfilling release for Geffen, which had absorbed Rawkus years prior, the album trickled out in a small run during the last week of 2006. Bizarrely, the disc came with no artwork and was sold in a clear plastic case -- though its single, "Undeniable," did manage to grab a Grammy nomination for Best Rap Solo Performance. Released on the Universal-distributed Downtown label, The Ecstatic followed in June 2009. At that point, モス・デフ had significant acting roles in Michel Gondry's Be Kind Rewind (in which he co-starred with Jack Black) and Cadillac Records (he played Chuck Berry). The Ecstatic nabbed another Grammy nomination. Throughout the next few years, he lengthened his acting résumé and contributed to Gorillaz' Plastic Beach, Robert Glasper Experiment's Grammy-winning Black Radio, and A$AP Rocky's At. Long. Last. A$AP, among other albums. In January 2016, he made an announcement through Kanye West's website; after he disputed a recent arrest in South Africa for breaking an immigration law, he declared his retirement from the entertainment industry and the forthcoming release of his final album, due later in the year.