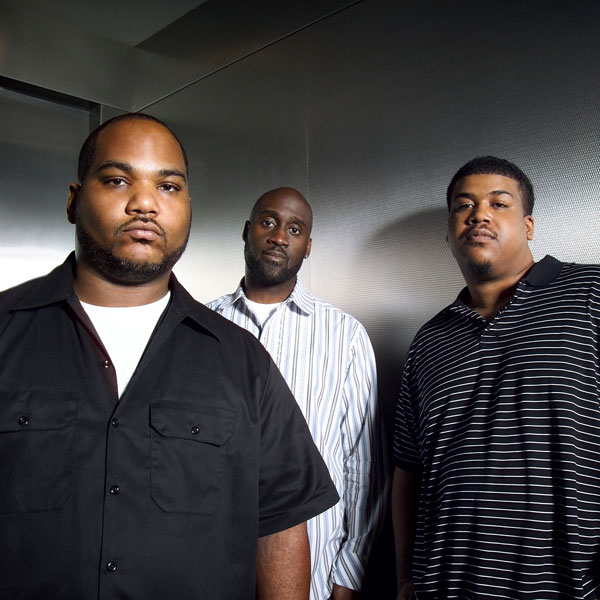 デ・ラ・ソウル is a massively influential hip hop group, hailing from Amityville, New York, United States. They are best known for their eclectic sampling and quirky, surreal lyrics, and their contributions to the evolution of the jazz hop subgenre. They are the best known of the early alternative hip-hop acts. The members are Kelvin Mercer (Posdnuos, Mercenary, Plug Wonder Why, Plug One), David Jude Jolicœur (Trugoy the Dove, Dave, Plug Two) and Vincent Mason (Pasemaster Mase, Maseo, Plug Three). The three formed the group in 1987, while still in high school and caught the attention of producer Paul Huston (Prince Paul) with a demo tape of the song "Plug Tunin'".

Their debut album, 3 Feet High and Rising (1989), was a critical smash that saw the group labeled hippies due to the message of peace and love. They quickly became prominent members of the Universal Zulu Nation, along with A Tribe Called Quest, Black Sheep, Queen Latifah, Jungle Brothers and others. They were also members of the famed Native Tongues Posse and mentioned the group often in their music (though they have since left the group for various reasons). "Me Myself and I" became a huge hit, further cementing the group's popularity. However, rock group The Turtles sued the group for sampling "You Showed Me" without permission on デ・ラ・ソウル's "Transmitting Live from Mars". From that point on, sampling required permission from the sources before it was released.

After 3 Feet High and Rising, デ・ラ・ソウル was pegged by オーディエンces as hippies and were expected to continue creating the same type of music. This greatly agitated the group, as they always envisioned their career as a constantly changing style. This would influence their next recording sessions. デ・ラ・ソウル's second album, デ・ラ・ソウル Is Dead (1991) was a much darker album. It featured skits that criticized the direction that hip hop was heading in at the time, though it still managed to maintain a light sense of humor. While the album is a fan favorite today, it received mixed reviews and did not sell as well as 3 Feet High and Rising.

Four years later, デ・ラ・ソウル announced that they would release a triple album series entitled "Art Official Intelligence" (or AOI). All three albums were intended to be released within a year, beginning with the release of Art Official Intelligence: Mosaic Thump. This was followed by AOI: Bionix in late 2001. After this, however, the public saw no release of the third and final album in the AOI series. For the next two years, the only デ・ラ・ソウル releases were singles or remix compilations. Jolicœur (Dave) stated in an interview that it usually takes about four years for the group to record an album, promote it with advertisements, touring and so on. The group was having trouble finishing the last AOI installment for many reasons, one of which being an ongoing struggle with Tommy Boy Records, who had been releasing their albums ever since their debut.

In 2004, デ・ラ・ソウル ended up releasing a new full album: The Grind Date on Sanctuary Records. Although it was not the new AOI album their fans had been anticipating, it was released to some critical acclaim and was well received by most fans. The album also receives recognition for being the seventh studio album from the group.
In 2005, they were featured on the Gorillaz single, "Feel Good Inc." and on the LA Symphony single "Universal" They also made an apearance on superFast Jellyfish on the album Plastic beach by Gorrilaz in early 2010.