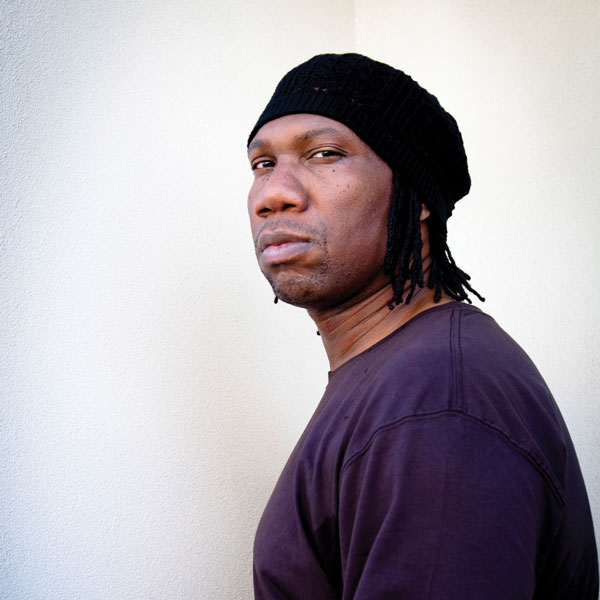 KRS-One (born Lawrence Krisna Parker, August 20, 1965) is an American hip-hop artist from Brooklyn, New York. His stage name is an acronym for Knowledge Reigns Supreme Over Nearly Everyone and he is also sometimes known as Teacha. KRS-One began his recording career as one third of the hip hop group Boogie Down Productions, or BDP, alongside DJ Scott La Rock and Derrick “D-Nice” Jones. They met during a stay KRS-One had at the Bronx Franklin Avenue Armory Shelter where La Rock (Scott Sterling) worked as a social worker. The duo would begin to create music. KRS-One and Sterling decided to form a rap group together, initially calling themselves Scott La Rock and the Celebrity Three. That was short-lived, however, as the two peripheral members quit, leaving KRS-One and La Rock. They then decided to call themselves Boogie Down Productions.

During this time KRS-One also gained acclaim as one of the first MCs to incorporate Jamaican style into hip-hop. Using the Zung gu zung melody, originally made famous by Yellowman in Jamaican dance halls earlier in the decade. While KRS-One used Zunguzung styles in a more powerful and controversial manner, especially in his song titled “Remix for P is Free,” he can still be credited as one of the more influential figures to bridge the gap between Jamaican music and American hip-hop.

Following the fatal shooting of La Rock in 1987, KRS-One was determined to continue Boogie Down Productions through the tragedy, releasing the album “By All Means Necessary” in 1988. He was joined by beatboxer D-Nice, rapper Ramona “Ms. Melodie” Parker and KRS-One's younger brother DJ Kenny Parker, among others. However Boogie Down Productions would remain KRS-One's show, and their content would become increasingly political through their subsequent releases “Ghetto Music: The Blueprint of Hip Hop” in 1989, “Edutainment” in 1990, “Live Hardcore Worldwide” in 1991 and “Sex and Violence” in 1992.

After five largely solo albums under the name Boogie Down Productions, KRS-One decided to set out on his own. On his first solo album, 1993's “Return of the Boom Bap,” KRS-One worked together with producers DJ Premier, Kid Capri and Showbiz, the latter providing the catchy-yet-hardcore track “Sound of da Police.” His second album, 1995's “KRS-One,” featured Channel Live on “Free Mumia,” a song in which they criticize Black Civil Rights Activist C. Delores Tucker among others. Other prominent guest stars on “KRS-One” included Mad Lion, Busta Rhymes, Das EFX and Fat Joe.

KRS-One resigned from his A&R position at Reprise in 2001, and returned to recording with a string of albums, beginning with 2001's “The Sneak Attack” on Koch Records. In 2002, he released a gospel-rap album, “Spiritual Minded,” surprising many longtime fans: KRS-One had once denounced Christianity as a :slavemaster religion: which African-Americans should not follow. During this period, KRS-One founded the Temple of Hiphop, an organization to preserve and promote “Hiphop Kulture.” Other releases have since included 2003's “Kristyles” and “D.I.G.I.T.A.L.,” 2004's “Keep Right” and 2006's “Life.”

The only latter-day KRS-One album to gain any significant attention has been “Hip-Hop Lives,” his 2007 collaboration with fellow hip hop veteran Marley Marl, due in large part to the pair's legendary beef, but also the title's apparent response to Nas' 2006 release “Hip-Hop Is Dead.” While many critics have commented they would have been a lot more excited had this collaboration occurred twenty years earlier, the album has been met with positive reviews.

KRS-One with DJ Kenny Parker, revived the crew name of Boogie Down Productions for the 2012 release, “The BDP Album.” Inyang Bassey, Channel Live and Jesse West appeared as guests on the album.