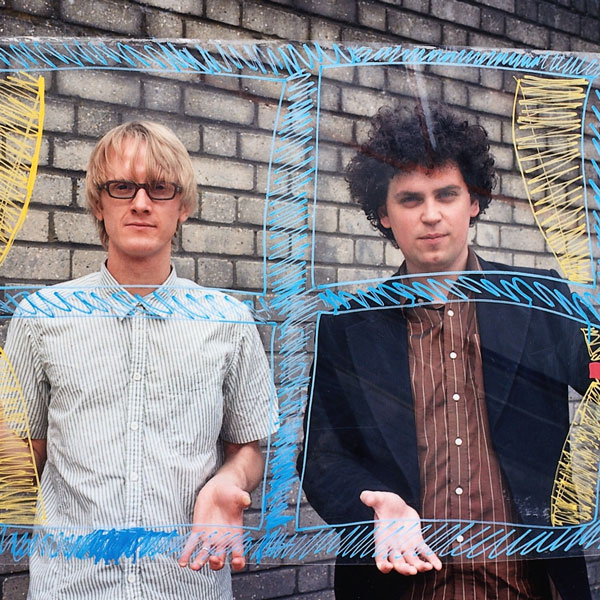 Producers/remixers James Ford and James Shaw formed シミアン・モバイル・ディスコ in 2005, following their departure from the experimental electronic rock band Simian. The two had originally formed Simian with singer Simon Lord and Alex MacNaughton in the late '90s. Not content with their roles in the band and wishing to indulge their longtime interest in electronic dance music, the two latched onto DJ gigs while touring with the band. Eventually, the duo split from Simian and dubbed themselves シミアン・モバイル・ディスコ. Looking to prevent their own electronic dance tracks from sounding too polished and programmed, SMD exclusively used analog equipment. The result was Attack Decay Sustain Release, which appeared in June 2007 through the Wichita label.

Meanwhile, Ford also devoted some time to several production gigs, which saw him helming music for the likes of Mystery Jets, Klaxons, and the Arctic Monkeys. シミアン・モバイル・ディスコ toured sporadically throughout 2007 and began working on a new album the following year. A remix album, Sample and Hold, was released in 2008 to placate their オーディエンce. The proper sophomore album, Temporary Pleasure, appeared in 2009, featuring vocal collaborations from the likes of Super Furry Animals' Gruff Rhys, the Gossip's Beth Ditto, and Jamie Lidell.

The following year, SMD put together the first volume in a series of mix albums for the New York club night Fixed, and at the end of the year, issued a very club-centric studio album, Delicacies. Their third studio album, Unpatterns, followed in early 2012. The pair spent the next two years preparing their fourth studio album, Whorl, which was partly recorded live in front of an オーディエンce of 900 at the California venue Pappy & Harriet's on April 26, 2014. They then polished up the recording and released it that September.