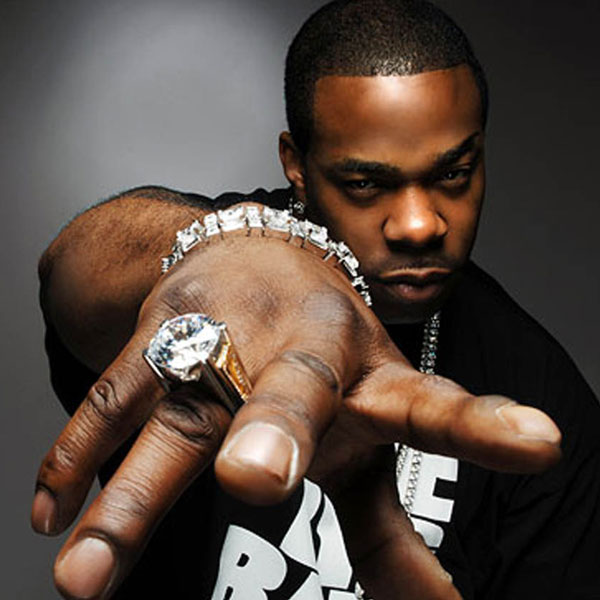 Trevor Tahiem Smith, Jr., better known by his stage name バスタ・ライムス (born May 20, 1972), is an American rapper, producer and actor. Chuck D of Public Enemy gave him the alias バスタ・ライムス after NFL wide receiver George “Buster” Rhymes. He is best known for highly skilled rapping technique, which involves rapping at a much faster rate and to date has received eight Grammy nominations for his musical work.

Busta broke out with a 1996 solo hit single, “Woo Hah!! Got You All in Check,” from his 1996 debut album “The Coming.” The album reached #6 on the Billboard 200 Albums chart in 1996 and has since received a platinum certification from RIAA. His second album, “When Disaster Strikes,” released in 1997, produced the hit singles “Put Your Hands Where My Eyes Could See” and “Dangerous.” The album was certified platinum by the RIAA and peaked at #3 on the Billboard 200.

In 1998, バスタ・ライムス released “Extinction Level Event (Final World Front).” The album debuted at #12 on the Billboard 200 and was the recipient of two Grammy nominations, for Best Rap Album and Best Rap Solo Performance. Its single, “What's It Gonna Be?!,” featuring Janet Jackson, peaked on the Billboard Hot 100 Singles chart at #3.

In 2002, バスタ・ライムス released his sixth studio album, “It Ain't Safe No More.” The album was his first to miss the Billboard 200 Top 15, peaking at #43. It was also his first to fail to attain platinum status, certifying at gold. “I Know What You Want,” featuring Mariah Carey and the Flipmode Squad, peaked at #3 on the Hot 100.

His seventh studio album, 2006’s “The Big Bang,” became the first #1 Billboard 200 album of his career. Certified gold, the album contained the hits, “Touch It” and “I Love My Chick” featuring Kelis and ウィル・アイ・アム.

“Back on My B.S,” his eighth studio album, was released in 2009 and debuted at #5 on the Billboard 200. It is Busta's only album not to go at least gold.
To date, バスタ・ライムス has sold more than 10 million albums in the U.S. alone.