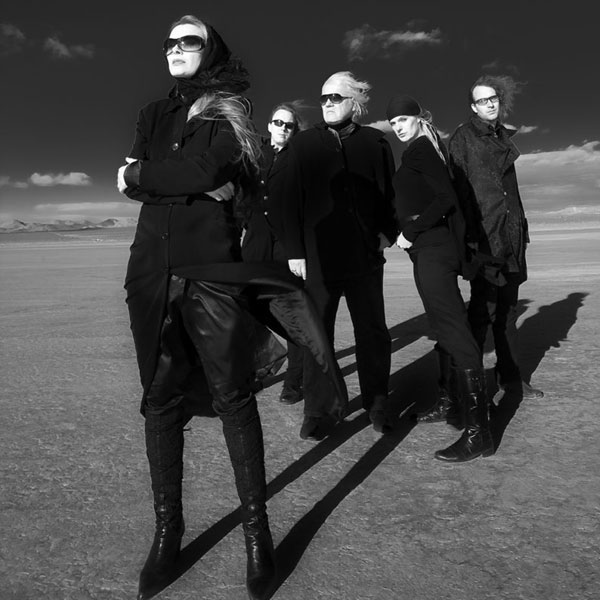 Without doubt, the recordings of Tangerine Dream made the greatest impact on the widest variety of instrumental music during the 1980s and '90s, ranging from the most atmospheric new age and space music to the harshest abrasions of electronic dance. Founded in 1967 by Edgar Froese in Berlin, the group progressed through a full three dozen lineups (Froese being the only continuous member with staying power) and four distinct stages of development: the experimentalist minimalism of the late '60s and early '70s; stark sequencer trance during the mid- to late '70s, the group's most influential period; an organic form of instrumental music on their frequent film and studio work during the 1980s; and, finally, a more propulsive dance style, which showed Tangerine Dream with a sound quite similar to their electronic inheritors in the field of dance music.

Tangerine Dream's first album for Virgin, Phaedra, was a milestone not only for the group, but for instrumental music. Branson had allowed the group free rein at Virgin's Manor Studios, where they used Moog synthesizers and sequencers for the first time; the result was a relentless, trance-inducing barrage of rhythm and sound, an electronic update of the late-'60s and early-'70s classical minimalism embodied by Terry Riley. Though mainstream critics were unsurprisingly hostile toward the album (it obviously made no pretense to rock & roll in any form), Phaedra broke into the British Top 20 and earned Tangerine Dream a large global audience.

The follow-ups Rubycon and the live Ricochet were also based on the blueprint with which Phaedra had been built, but the release of Stratosfear in 1976 saw the use of more organic instruments such as untreated piano and guitar; also, the group added vocals for 1978's Cyclone, a move that provoked much criticism from their fans. Both of these innovations didn't change the sound in a marked degree, however; their incorporation into rigid sequencer patterns continued to distance Tangerine Dream from the mainstream of contemporary instrumental music.

During the early 2000s, new material surfaced at a slightly slower rate. In addition to a handful of studio albums -- including 2005's Jeanne d'Arc, for which Froese was first joined by Thorsten Quaeschning, a musician who would figure into several subsequent TD releases -- and a couple soundtracks (Great Wall of China, Mota Atma), there was "the Dante trilogy" (Inferno, Purgatorio, and Paradiso, released from 2002 through 2006) and the five-part "atomic seasons" (with titles like Springtime in Nagasaki and Winter in Hiroshima, created for a Japanese man who survived the bombings of both cities). During these years, keeping tabs on archival releases, both live and studio, was more challenging than ever; most prominently, there was The Bootmoon Series, comprising audience and soundboard recordings of performances dating back to 1977, as well as reissues of the first four albums and several anthologies. Despite so much focus on the past, epitomized by 40th anniversary concerts that took place in 2007, Tangerine Dream remained equally connected to the present. Sadly, however, the group's long journey under the continued creative guidance of Edgar Froese came to an end when Froese died suddenly of a pulmonary embolism in Vienna in January 2015 at the age of 70.