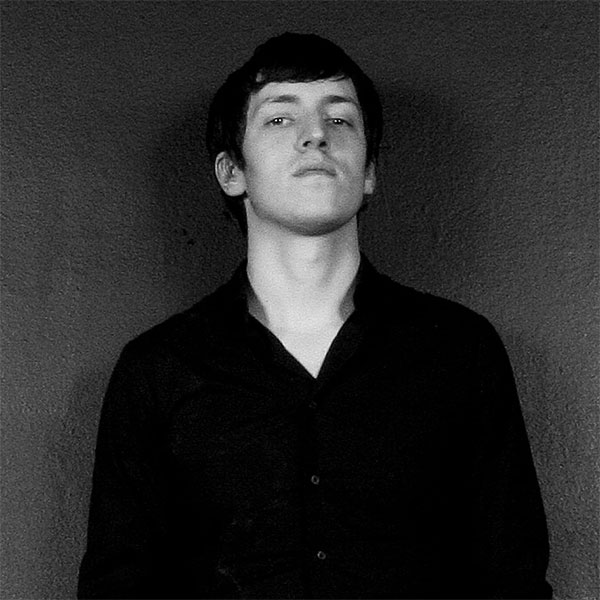 Sebastian Akchoté better known as SebastiAn (born in Boulogne, France) is a French actor, DJ, and musician affiliated with Ed Banger Records. Musically, he has worked as a solo electronic musician, as a producer for artists Kavinsky and label-mate Uffie, as a film-music composer, and as a remix artist for musicians and bands such as Daft Punk, Kavinsky, Kelis,and Klaxons. Akchoté is of Serbian-French heritage and was raised in Paris and Belgrade by a single mother. His early musical history included both jazz and experimental influences from his older brother as well as hip-hop influences from artists like DJ Premier. He first started producing music around the age of fifteen with two members of the rap band Cercle Vicieux.

In 2007, SebastiAn composed the soundtrack for label-mate Mr. Oizo's feature film Steak alongside Sebastien Tellier and Mr. Oizo himself. SebastiAn also acted in the film, playing the role of Félix. Also that year, as well producing numerous remixes and releasing his Walkman 2 EP, SebastiAn joined Kavinsky in opening with DJ mixes for Daft Punk on their Alive 2007 tour. An original song called "Greel" was also released in 2007 on Ed Rec Vol. 2. There were two SebastiAn releases in 2008: Motor, an EP with three original tracks, and Remixes, a 17-track compilation featuring various remixes produced by SebastiAn. His track "Dog" was also included on that year's Ed Rec Vol. 3.

In 2009, SebastiAn played his first live set as an exclusive performance at the Sónar Festival in Barcelona. SebastiAn produced the single Difficult for label-mate Uffie in 2010 on her debut album Sex Dreams and Denim Jeans and provided a remix, titled "Difficult (2006 Parties Remix)", which landed at number one on The Hype Machine the first day of its release. He also had his experimental track "Threnody" released that year on an Ed Banger Records Christmas compilation.

In early 2011, SebastiAn provided the track "Enio" for the Ed Banger compilation album Let the Children Techno. Later, his debut album Total was announced, followed by the release of a video for the title track featuring a series of violent and sexual images. A video for SebastiAn's new song "Embody" was also released, along with the song's release as a single. The album Total itself was sebsequently released on May 30 in Europe and June 7 in North America. It was followed by releases of singles "C.T.F.O." and "Love In Motion" from the album. 2011 was also the year of SebastiAn's "Primary Tour", a tour visually themed as a political campaign and spanning Europe, Australasia, and North America from August to December. SebastiAn has confirmed plans for a future album.

SebastiAn's remix of Kavinsky's "Testarossa Autodrive" is featured in the video game Grand Theft Auto IV. This song is also included in the game Gran Turismo 5 Prologue along with his original track "Dolami" from the Smoking Kills (?) EP. The video game Midnight Club: Los Angeles also featured a SebastiAn track: "Momy", from the Motor EP. Additionally, SebastiAn's remix of Kavinsky's "Nightcall" is featured on the soundtrack of the motion picture Drive (2011 film).

On television, the song "Walkman" has appeared in promotional spots for the Cartoon Network programming block 'You Are Here'. In November 2011, a previously unreleased track titled "Holloback" was used in an advertisement for the HTC Sensation XL mobile phone. In Pro Wrestling NOAH, "Enio" is used as wrestler KENTA's entrance theme.