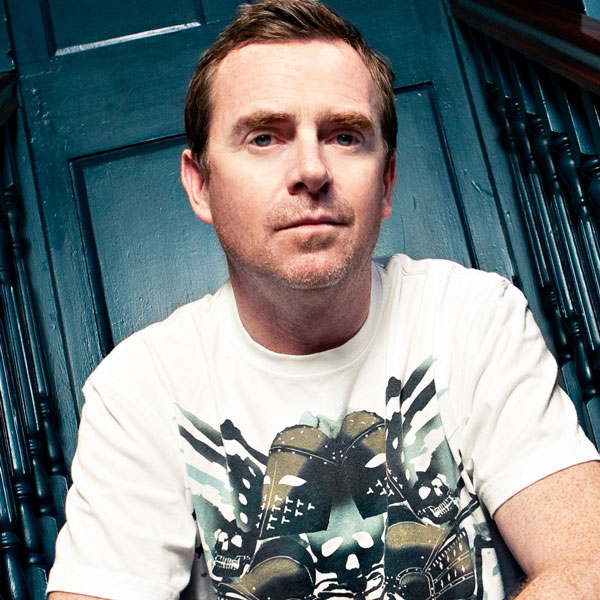 Nick Warren continues to be so respected because he knows how to truly work a crowd, delivering again and again, yet taking them somewhere they’ve never been before. That's what comes with vision and, just as importantly in Warren’s case, experience.

You can tell when Nick Warren's on the decks. The music emanating from the DJ booth is that perfect club mix of driving percussion and soaring musicality, bursting out of the speakers, soaking everyone in melody, drenching them in sound. Warren's impressive career has seen him release the very first “Back to Mine”, a staggering eight albums for “Global Underground”, and one for “Renaissance”. He is also in control of A&R for record label Hope Recordings, as well as being a member of the highly acclaimed duo Way Out West. Starting as tour DJ with Massive Attack, moving onto a residency at super club Cream and playing at every self-respecting club on the planet, has led him to this natural position as one of the world's most respected DJs.

All this history has been eclipsed by Nick’s present: Nick Warren continues to play out every weekend on every continent, whilst also maintaining Hope Recording's high quality output that they and Warren himself have become synonymous with; his DJ career spans two decades and is driven by a continual desire for change. His sound is forged by an enduring relationship with cutting edge producers all over the globe, in many cases long before they become established. This is no better represented than in the continuing bi-monthly Radio show 'Soundgarden' on Friskyradio which attracts over 150000 unique tune-ins to each airing or his mixes for Digweed’s 'Transitions'.

2014 saw the release of Nick Warren's crowd funded "The Soundgarden" album which was supported via a very successful Pledge Music campaign, giving his fans the chance to directly engage and become part of the album in many different ways. In the later part of 2014 Nick released the single "Alta / Golden Cap" through Alex Niggermans Soulfooled Recordings, the release showcasing his innate ear for melody and impeccable production skills. Nick's most recent release was his collaboration with Guy Mantzur, entitled "Sad Robot" which came out on Bedrock Recordings. The track has received support and airplay from BBC6 music. It also reached no.4 in the Beatport Techno chart. In addition to all this of this, Nick has also kept up his extensive touring schedule and has many more exciting things in the pipeline for the rest of 2015. Nick Warren is still at the top of his game and showcasing why he is still standing as a giant within electronic music...