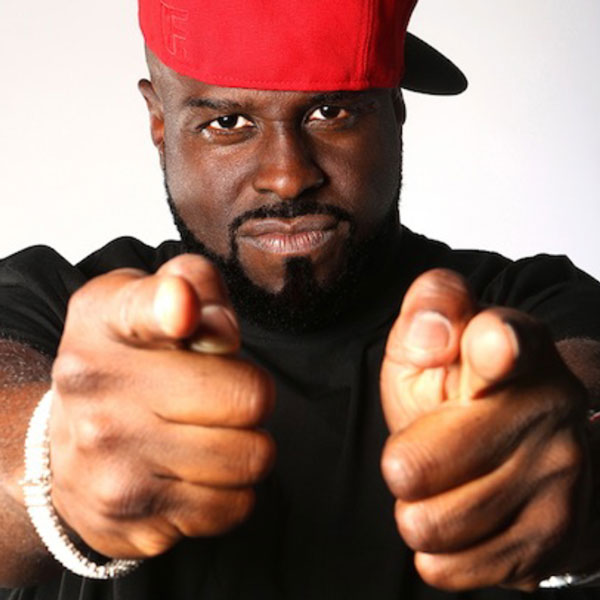 Funkmaster Flex is the Premier radio personality on New York’ Hot 97, he’ been #1 in his time slot since the day he went on the air eight years ago. The DJ hosts to the crowds at Manhattan’ legendary hip-hop night club, The Tunnel sunday nights founder and head of Big Dawg, the groundbreaking record pool gold recording artist/DJ for Loud Records CEO of Franchise Records (a production deal with Loud Records) chart topping record producer the most sought after celebrity party DJ and the new host of Direct Efx on MTV with Tek $ at 5:30pm (Eastern Time). The Bronx born and reared superstar has managed to break the mold set by pioneering DJ’ before him, to blaze his own trail by keeping in touch with the underground as well as the mainstream, and by understanding the far reaching power of urban music and culture. And, to think it all started by carrying record crates.

At 19, Funkmaster Flex was carrying legendary KISS-FM DJ Chuck Chillout’ crates. One day Chuck was late to work and the program director let Flex spin for 5 minutes, 5 minutes turned into three hours. Flex followed Chuck to WBLS as a full-fledged radio DJ for a year and a half. This led to Flex becoming the renowned DJ Red Alert’ fill-in. Flex was also in between club gigs where he was making a name for himself as a “rock the crowd” DJ whose personality was as infectious as his cutting style.

How does he do it? Simple, if you ask Flex. “I keep my ear to the street.” The street also keeps its ears on what Flex is playing, either on the radio or in the clubs. In fact, it was Flex’ dedication to a cutting edge street sound in his turntable flow that led to the groundbreaking Funkmaster Flex Mix Tapes on Loud Records. “I’d go to other states,” says Flex, “and I’d hear tapes of my show all over the place. It was cool, but they weren’t my finest hour. So, I decided to make my own commercially available tapes, a compilation of nightclub and radio show vibes. Already selling over 100,000 singles on Nervous Records (”C’mon Baby," “Six Million Ways To Die” & “Nuttin But Flavor”), Flex released his first mix tape in 1995. 300,000 records later he was working on Volume 2 (which was certified gold representing 500,000 units sold). Flex then prepared to release Volume 3, the Final Chapter, his last mix tape ever.

He then decided to make an album with the help of his longtime partner Big kap for The Tunnel. For this album, they took the hottest hip-hop spot in New York where they spin every Sunday, The Tunnel and made their first collaborated album. After the success of the Volume 3 and The Tunnel, he couldn’t disappoint his fans, so he’ making his best one ever. Each record tells a different story. Volume 1, according to Funkmaster Flex, "was the Flex who was into old school hip-hop. More the club DJ, more of me cutting up records. Volume 2 was more of a combination of Flex the radio jock and Flex the club DJ, I wanted to give it a real party-type vibe, a little less of my skills on the set. The latest one is back to me cutting up the record, but not overdoing it. It’ back to Flex the artist. I feel I’ve evolved as an artist, including other vibes, more of a West Coast influence as well.

“I’m a DJ, I like being in the clubs and feeling the crowd,” Funkmaster Flex says proudly. Taking the beats of others, he decides what gets played on the street and on the radio. But no matter how good his ears are, or how influential he is, Funkmaster Flex isn’t afraid to look to his contemporaries for the next hit. The Big Dawg Record Pool services over 90 DJs in the Tri-State area with the latest underground product to sample on the crowds. Flex has the ability to become the conduit between the record companies who need his street knowledge and DJs who dictate the hits. “It’ important to get that feedback,” says Flex. “Sometimes there are songs that I just don’t hear, but other DJs think they are hits. It’ another way to keep my ear to the street, to maintain the edge I need to rock the party.”

Even with all these creative outlets at his disposal, Funkmaster Flex keeps his energies focused and remembers why he’ gotten to where he is. “I beak records,” he says authoritatively. "I’m not a producer, a lot of DJs get unfocused doing remixes and producing. But I made a decision to stick with what I know. When I made that decision, my career got a real boost.

Not that there is anything Flex can’t do if he puts his mind to it. After all, it was being told no that made him entranced by the turntable. “My father told me not to touch his stereo when I was a kid,” he says with a sly smile. “That only made me want my own.”