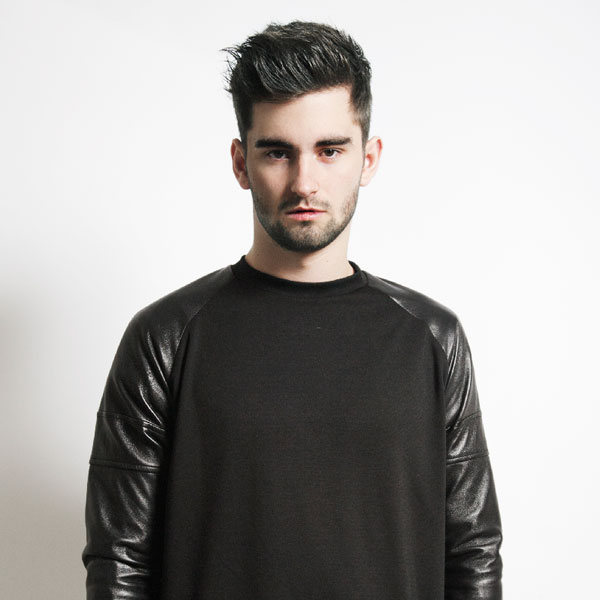 Dutch breakout Dyro emerged in 2013 as one of the scene's hottest new stars. Debuting at #30 in the DJ Mag Top 100 poll, he became the youngest 'Highest New Entry' artist to ever appear in the definitive DJ poll. Known for driving bass lines, enchanting melodies and highly charged drops he has seamlessly made the transition from bedroom musician to renowned international DJ/Producer. Having snatched the highest new entry accolade in the 2013 poll Dyro has surpassed all expectations with his rapid ascent into the upper reaches of the dance scene. Previously tipped by the likes of World #1 DJ Hardwell, Laidback Luke, and Dada Life as their 'Breakthrough Artist of 2012', the 21 year old star has lived up to the praise bestowed upon him and cemented his standing with seminal releases like his first Beatport # 1 record alongside Hardwell for 'Never Say Goodbye', as well as an extended streak of visibility on the global clubbing circuit.

With his music a constant fixture in the sets of DJs from Tiësto and Steve Angello to Afrojack and Sander Van Doorn, Dyro's career has been on an upward trajectory that has seen him achieve so much in a short space of time; it is easy to be left astonished at his growing list of accomplishments. His first encroachment into the world of dance music came in 2011 when Dyro followed the well trodden path of honing the skills of his craft and reaching out to artists' he idolised to get his first break. In many cases the first artists he contacted and sent his early work to would go on to become future collaborators. One of those he connected with was a true influencer and personal hero – Hardwell. In a short time Dyro had his first EP released on Hardwell's Revealed Recordings. The release of 'Daftastic' was a watermark moment for Dyro, putting his record in the bags of esteemed djs such as David Guetta, Dada Life, Laidback Luke and of course Hardwell. 'Daftastic' elevated him into the next stratosphere and set him on track for future success.

2013 has seen Dyro consolidate his early triumph. His initial flurry of releases and remix work gained him recognition from the scene. At the turn of the year Dyro joined label mates Hardwell and Dannic on the now legendary Revealed Recordings Canadian Bus Tour. Lining up each night alongside the other Revealed boys Dyro played to sell out crowds across Canada, where he featured at some of the country's finest clubs from New City Gas in Montreal to The Government in Toronto. Following this with a stint in Miami for WMC, Dyro confirmed to the industry with a sequence of exclusive sets that the sky was the limit for the gifted youngster from Holland. When looking for endorsements of this hyperbole you can get no more impressive than when Hardwell called him on stage during his set at Ultra Music Festival Miami to give the world premiere of their collaboration track, 'Never Say Goodbye' – the single went on to become one of the most demanded tracks from the festival. Since its release it has amassed in excess of 3 million views on YouTube and has unequivocally become not only one of the biggest EDM tracks of the summer, but the entire year. Dyro's presence in the scene was later reiterated when Tiësto, also invited Dyro on stage to play the world exclusive of their new collaboration 'Paradise' together, this track went on to have one of the highest rotations on Sirius XM that summer and reaching #6 in the Beatport top ten.

In an unprecedented move for one so young, Dyro was approached to host his own radio show, Daftastic, on SiriusXM. This initial series was met by a receptive audience who were hungry for Dyro's inspiring Dutch sounds. Envisioned as a show where Dyro was able to trial new mixes, edits and fresh tracks Daftastic quickly became essential listening for any self-respecting dance music fan. His changing status from “one to watch” to “most in demand DJ” was further confirmed when he was asked to step into arguably the biggest shoes in dance music.

Looking back over the past 12 months, Dyro's tour schedule is a dot-to-dot of some of the world's biggest and best festivals and clubs. From headline appearances at clubs such as Liv in Miami, Ministry of Sound in London, The Light in Las Vegas and Space in Ibiza to earning mainstage slots at star-studded festivals that include EDC Las Vegas, Dance Valley and New York's Electric Zoo, Tomorrowworld. Dyro's taken his music around the world promoting his unique electro influenced, progressive tinged big-room sound.

His impact in the North American scene has seen him tour the length and breadth of the continent through one-off specials such as the Revealed Recordings Canadian Bus tour with Hardwell and Dannic, as well as co-headlining tour with Bassjackers for 'The Grid Tour' and more recently a joint Revealed North America tour with fellow buddy Dannic. Whilst performances at European festivals Tomorrowland and Mysteryland as well as headline club dates at Pacha in Ibiza, Mansion in Croatia and Queen Club in France and to demonstrate his popularity isn't limited to just one side of the Atlantic.

Whilst his ratio of releases to hits is almost unmatched having had a string of colossal big-room smashes of late. Singles like 'Top Of The World', his collaboration 'Grid' with Bassjackers and 'Leprechauns & Unicorns' have all dominated in the Beatport charts and earned him a sizzling reputation as a studio producer on the ascent to greatness – not bad for a guy who released his first record June 2011. Supporting his original compositions is a sizzling gamut of remix projects that include reworking tracks such as Rihanna feat. David Guetta's 'Hot Right Now', Benny Benassi feat. John Legend's 'Dance The Pain Away', Axwell's 'Center of the Universe' and of course his seminal studio cut of Katy Perry's 'Wide Awake', which collectively have cemented his placing as one of the most in demand young remixers in the scene today.

Having just been proclaimed #30 in the world, Dyro, has released the much anticipated follow up to his spring smash 'Leprechauns and Unicorns'. 'Go Down' released on Revealed Recordings is primed to destroy clubs across the world. A mixture of big room electro laced with a divine melody, this track has all the hallmarks of an instant classic and adds another weapon into Dyro's record bag. At this stage it is no longer surprising that Dyro delivers tracks to such impeccable standards and now boasts a back catalogue overflowing with quality.

As Hardwell put it best, Dyro is “In my opinion, the world's biggest up and coming DJ”. And it won't be too long before this is an opinion shared by the entire world…