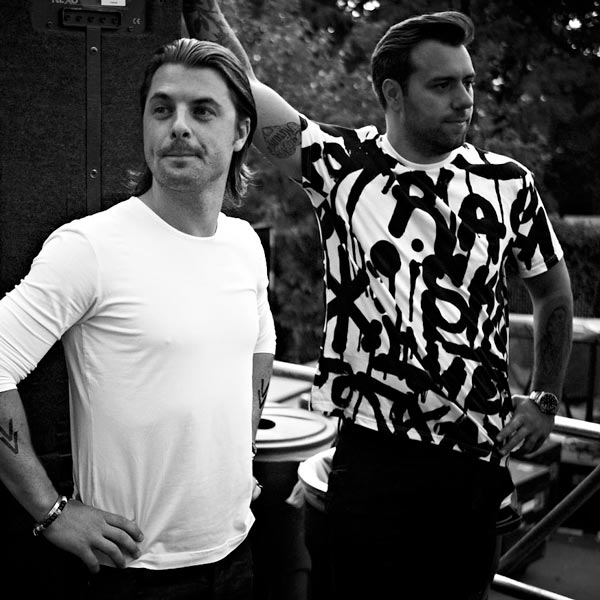 Axwell Λ Ingrosso is a Swedish musical group consisting of former Swedish House Mafia members Axwell and Sebastian Ingrosso. They made their performance debut at the 2014 Governors Ball Music Festival in New York City in June. Swedish House Mafia was a Swedish electronic dance music trio consisting of disc jockeys and producers: Axwell, Steve Angello, and Sebastian Ingrosso. The group officially formed in late 2008. On June 24, 2012, the group announced via their website that they would split up after embarking on "One Last Tour," which ended at Ultra Miami 2013 on March 24, 2013.

Axwell and Ingrosso formed the group Axwell Λ Ingrosso officially in 2014. Their first performance was in 2014 at the June 8th Governors Ball Music Festival in New York City. The performance debuted music from a new album they announced to release under the name Axwell Λ Ingrosso the intro music of which premiered on air during Zane Lowe's BBC Radio 1 program. They recently toured India, as part of Sunburn Arena, where they engaged with the Indian audience. They also showcased a few of their newer tracks from the album they are launching late this year. Axwell Λ Ingrosso have teased and released two singles together, "We Come We Rave We Love" and "Can't Hold Us Down". On 26th November they released their new single "Something New" which was used for the new Beats advertisment.