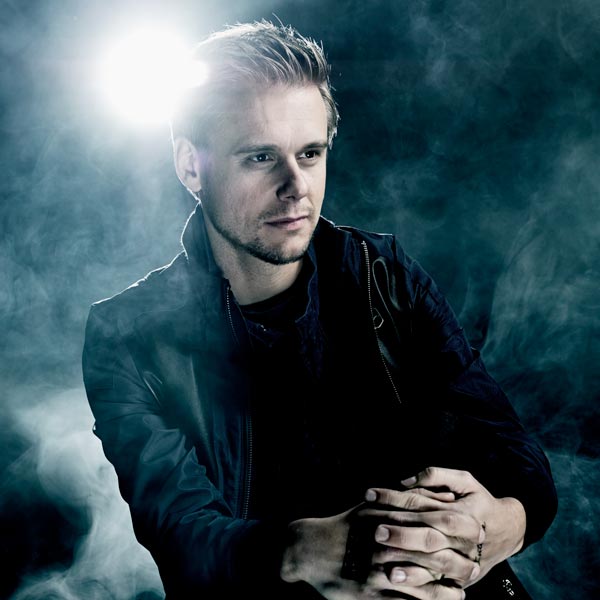 No matter how many hours Armin van Buuren has travelled to get there, as soon as he enters the DJ booth, the Dutchman has his full focus on the music, the crowd and how these two will combine. As soon as the beats of his first record have kicked in, the room lights up and chanting fills the air. To witness a set of Armin van Buuren is to be blown away, to completely lose yourself into the music and be one with the people around you. Mixed seamlessly, he created his own style and sound, making his DJ sets a unique experience. He unites millions, not only through the gigs in his challenging schedule, but also through his Armin Only and A State of Trance world tours.

Armin has the privilege to perform at some of the world’s biggest and best festivals, clubs, events and shows. One of the highlights in his career was Armin’s performance for the new crowned King and Queen of The Netherlands, Willem-Alexander and Máxima. Together with the Royal Concertgebouw Orchestra, in front of the monarchs and 15.000 fans, he performed both ‘The Bolero’ as well as an orchestral version of the title track of his ‘Intense’ album. During the ‘koningsvaart’, a special, cultural boat-trip in the city of Amsterdam, the King and Queen surprised both the crowd as well as Armin by getting on stage and dancing along.

Another highlight was Armin’s DJ set at the Museumplein in Amsterdam in July 2010, during the honoring of the Dutch soccer team. Even though the national team lost in the FIFA World Cup final, they partied like they were the absolute winners, and so did the 200.000 strong crowd. That’s exactly what Armin’s sets are all about.

After the 2013 summer season has ended, with his own residency at the world’s biggest club, Privilege in Ibiza, Armin kicks off a new Armin Only world tour, based on his ‘Intense’ album, in collaboration with theatre director Jos Thie. The Dutch edition of the show, with two nights at the Amsterdam Ziggo Dome, sold out within only a few hours. In the meantime, more than 20 dates have been added, with shows landing in cities such as Kiev, Mumbai, Saint-Petersburg, Helsinki, New York, Toronto, Mexico City, Sydney, Johannesburg and more. With the brand new Armin Only tour, Armin brings a unique and exclusive show, unfolding the many layers of his ‘Intense’ album.

His busy life as a DJ has inspired many people. In 2009, Dutch author Coen Bom presented his on-the-road-Biographie of Armin, called ‘Eén op één’ / ‘Armin Only’, reporting about the hectic life of Armin and trying to find the secret behind to the grand success of the humble Dutchman. In October 2012, the official documentary ‘A Year With Armin van Buuren’ was released, in which Armin was followed during an important year in his life, offering a unique look behind the scenes and inside his personality.