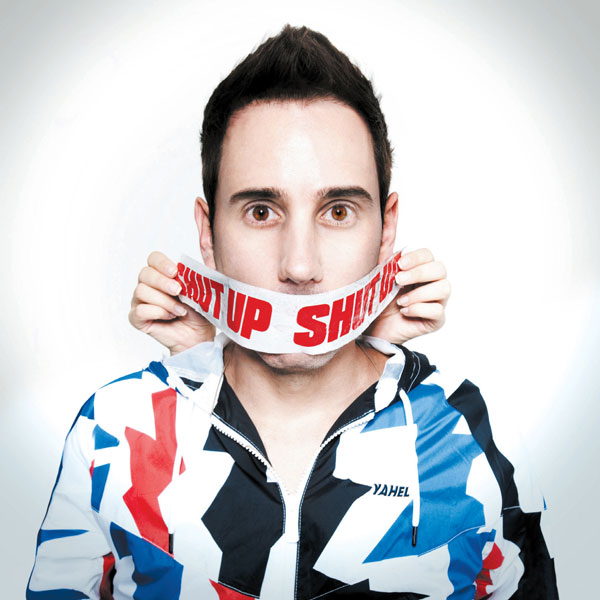 Yahel is one of the most popular Producer/DJs to come out of the Israeli Scene and is popular in Club circles as well as the Psy scene.

Who would have guessed Yahel would move up so far in one year. The number 28 DJ in the World as voted by his fans, Yahel is a versatile artist with influences and techniques ranging throughout the Trance spectrum, Yahel’s music resides in a lush synthesis of Club effects, Deep Trance beats, and psychedelia from the Goa scene. As evident from his newly appointed number on the DJ List Yahel knows just how important his hard work, and fans are in making his career as successful as it has been.

After producing six artist albums, mixing three compilations, and releasing dozens of vinyls. Yahel has estblished himself as one of the most popular and talented producers/Dj’s to have come from the Israeli Electronic scene. The same scene that gave the world groups like Astral Projection, Infected Mushroom, and Atomic Pulse. Yahel has bridged all these groups with his music bringing ravers and clubbers together under his musical banner. He has the unique distinction of being a rare artist who has been able to achieve critical and comercial success in the European Club scene as well as the Goa/Israeli Psy scene. Yahel is widely respected, and has found success with major labels like Sony/BMG.

He has also collaborated with Konami and Namco liscensing his music for a variety of their video games. Recently Yahel’s music took to the air literally as El-Al began offering his DJ set on the in flight entertainment. Some of the other labels he has been involved with are Black Hole, Cyber, Tsunami, and Fundamental (with many more to follow.) His music has also found its way into the records of such notable Djs as Tiesto, PVD, Armin Van Buuren, Ferry Corsten and many more. Yahel’s Voyage is considered to be one of Tiësto's classic tracks and is a staple in his live sets. Last year Yahel started his own record label For The People Music, and is excited to have signed the winner of the first ever Nokia Music Leader competition Guy Zigdon. We all expect to see great things from him.

As Yahel looks ahead to the new year he is scheduled to play new markets, and release new material. This October he will be the first Israeli DJ to ever play in Scotland. He is always working, and always making time for his fans and family. Keep checking back, you never know when he might be in your town.