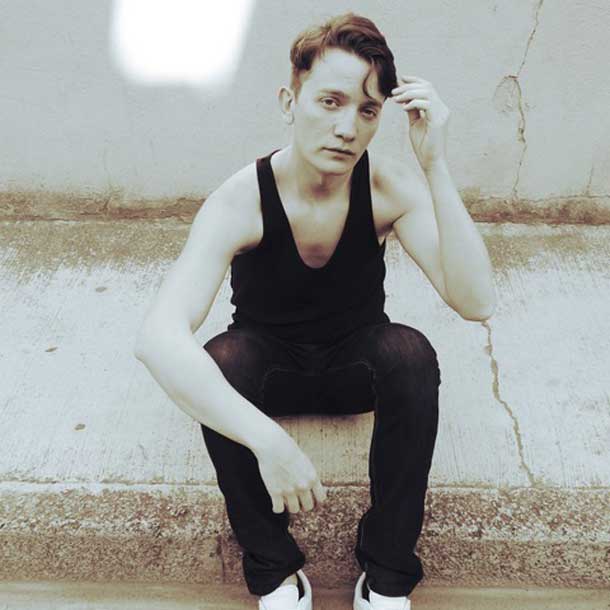 Paolo Alberto Lodde aka Dusty Kid was born in the beautiful island of Sardinia. As a new “enfant prodige” he immediately showed his natural attitude for the variegated “music world”. At 4 he already decided to become a musician. At 10, after just one year of private lessons of the basic notions of piano and violin, he was admitted directly to the 6° year of the piano course in the conservatory of his native city. But he never liked music to be a matter of duty, realizing that playing other's people music was not for him. His tasks moved gradually from the austere classical world to the electronic system, free from binds and traditional old-fashioned diktats. So he started to manipulate synthesizers, samplers and sequencers, and he realized that one passion was growing and growing: the ardor for arranging and producing his own compositions. He released his first single “I Found A Reason” at 18 on the English label Lowered Recordings, and then he produced various singles and remixes for Mutiny UK, Robbie Rivera and Trinity Hi-Fi. The first official single under the aegis of the pseudonym Dusty Kid was “The Summer of Love” back in 2003.

During 2004 Dusty Kid created the project Duoteque with DJ Andrea Ferlin and they released some EPs on Boxer Recordings, and a year later he started making numerous EPS on different labels such as Southern Fried, Boxer Recordings, Systematic and many more, getting the attention of some of the most important DJs and bands that immediately found in his music something unique and very musical. This lead him to be commissioned to remix many artists such as Moby, Armand Van Helden, Robyn, Bookashade and the legendary Pet Shop Boys. His music cannot fit any genre or label if not Dusty Kid's one, ranging from hard techno to folk and pop, from psychedelic moments to cinematic soundtrack atmospheres.

In 2013 he decided to publish his third album for free download to show his gratitude to his followers that supported him over his 10 years career.