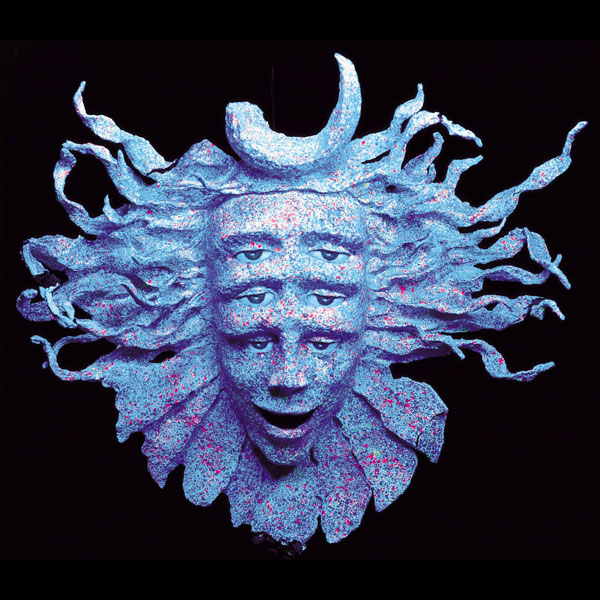 Shpongle is an English psychedelic music project formed in 1996. The group includes Simon Posford (aka Hallucinogen) and Raja Ram (one third of The Infinity Project). The duo are considered to be one of the progenitors of the psybient genre - a genre combining world music with psychedelic trance and ambient. Their musical style combines traditional music from all over the globe and vocals with contemporary western synthesizer-based psychedelic music. When asked to describe Shpongle's music, Posford has responded that it is "like nothing you've ever heard before." Shpongle's first track, "Vapour Rumours", was released on TIP Records' Infinite Excursions compilation in 1996. Their debut album, Are You Shpongled?, was released in 1998 on Twisted Records. On 9 September 2014, Simon Posford confirmed that work has begun on a sixth album.

Posford is generally responsible for the synthesizers, studio work, and live instrumentation while Raja Ram contributes broad musical concepts and flute arrangements. Raja Ram stated in an interview that "Shpongle" is an umbrella term for feeling positive and euphoric emotions. Shpongle's music is heavily influenced by psychedelic experiences and frequently makes use of sonic textures that approximate psychedelic states as well as vocal samples relating to consciousness expansion, hallucinations, and altered states of awareness. For example, the track, "A New Way to Say 'Hooray,'" contains a vocal sample of Terence McKenna describing the effects of DMT, and the most popular song from their first album, 'Divine Moments of Truth', alludes to the abbreviation DMT.

Shpongle has played several live concerts and Simon Posford tours frequently, performing live DJ sets. Raja Ram has occasionally accompanied these sets with live flute performances. Shpongle's first live performance was at the Solstice Music Festival at Motosu Highland in Japan in July 2001. They returned to Japan on New Year's Eve 2003 to play the New Maps Of Hyperspace event at Tokyo Bay NK Hall together with 1200 Micrograms (featuring Raja Ram) and Hallucinogen. Prior to the release of their fourth album, Shpongle played a sold out live concert at The Roundhouse venue in Chalk Farm, North London on 31 October 2008. The band featured Andy Gangadeen (drums), Nogera (percussion), Chris Taylor (bass), Pete Callard (guitar), Harry Escott (cello) and Dick Trevor (keyboards and programming); Michele Adamson and Hari Om (voices), three dancers, and for one song only (Nothing is Something Worth Doing) Manu Delago on hang drum.

This was followed on 20 December 2008 by a concert in Moscow featuring the same lineup. Shows were also planned for 7 and 9 March 2009 in Sydney and Melbourne, Australia, but these were cancelled due to non-payment of the deposit by the promoters. In 2009, Shpongle played a headlining date at the Ozora Festival held near Ozora, Hungary on 15 August; Shpongle also played a latenight DJ set at Rothbury Festival in Rothbury, Michigan over Fourth of July weekend and two album launch shows at the Roundhouse on 30 and 31 October. The duo returned to Moscow to play at Milk on 12 December 2009. On 3 August 2010, they opened the Ozora festival in Hungary. This was their tenth documented live performance.

In January 2011, Shpongle toured Australia playing dates at the Forum Theatre in Melbourne, the Enmore Theatre in Sydney and headlined the Rainbow Serpent Festival in Victoria, Australia. In June 2011 Shpongle played at the Electric Forest Festival with the Shpongletron. New unreleased material from the forthcoming album was incorporated in the 2011 tour, the Shpongletron Experience. The tour featured the Shpongletron, designed by visual artist Zebbler. The Shpongletron included a DJ booth, and multiple custom-made, video-mapped projection surfaces.

For 2012, Shpongle toured the United States performing DJ sets entitled "Shpongle presents The Masquerade". The last set of this tour was performed on 31 October 2012, at Terminal West in Atlanta, Georgia. On 3 November, they performed with Younger Brother, Hallucinogen, and other Twisted Records artists. Their set included live keyboards and flute, and debuted many new tracks from their most recent album.

After the legendary ceremony in 2010, on 6 August 2013 Shpongle is once again opening O.Z.O.R.A. Festival with a world premier concert for their new material called Museum of Consciousness (2013). Shpongle played live with a full 12 piece band at Red Rocks Amphitheater in Morrison, Colorado, on 10 May 2014.

On 19 November 2014, it was announced via social media that Shpongle would once again begin touring in the United States throughout early 2015, featuring Phutureprimitive as special guest, the return of "Shpongletron 3.1," and with visuals by Zebbler.