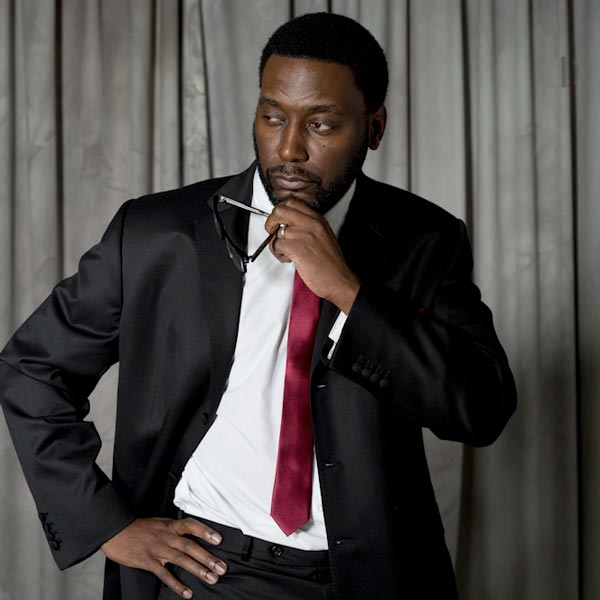 Big Daddy Kane is a Brooklyn, New York M.C. who undisputedly defined the term “lyricist” in the world of hip-hop. Along with the lyrical ingenuity he brought to the genre, he also introduced innovative live performances as well. Kane was the first rapper to ever hold not one but two sold out shows at the world famous Apollo Theater for women only. These lives performances, which consisted of theatrics, choreography and tailored costumes proved that Big Daddy Kane was not only an M.C., he was a full entertainer. Kane revolutionized hip-hop fashion and the way hip-hop shows were performed.

Kane has endured a substantive music career. He has several gold albums, endless music accolades including a Grammy award. He also received a VH1 Hip Hop Honor in 2005. His catalogue of music consists of the LP “Long Live The Kane” that features the hit songs “Ain’t No Half Steppin’” and “Raw.” The LP “It’s A Big Daddy Thing” featured “Smooth Operator” “Warm It Up” and the Teddy Riley produced hit “I Get The Job Done.” The LP “Taste Of Chocolate” features “Hard Being The Kane” and “All Of Me” as well as a duet with the legendary Barry White.

Additional albums were “Prince Of Darkness,” “Looks Like A Job For…” and “Daddy’s Home.” Big Daddy Kane has also recorded on movie soundtracks with “Lean On Me (Rap Summary)” from the film “Lean On Me.” “Nuff Respect” from the film “Juice,” The Jimmy Jam & Terry Lewis produced “A Job Ain’t Nothin’ But Work” from “Mo’ Money” and of course “Raw” from the film “Colors.”

As a powerful figure in the rap game, Kane has collaborated with many artists such as Kool G Rap, Masta Ace and Craig G on the Marley Marl produced “Symphany.” He has worked with Public Enemy and Ice Cube on the single “Burn, Hollywood Burn” with Heavy D on the single “Don’t Curse” with Patti LaBelle on the certified gold single “Feels Like Another One” and the Quincy Jones multi-platinum masterpiece “Tribute To Birdland” as well as the title cut “Back On The Block” from the album of the same name.

Proving that he is a full entertainer and that he is a man of many talents, Big Daddy Kane has also made a few appearances on the big screen in the movies”Posse” “Meteor Man” “Dead Heist” “Brown Sugar” and “Gunmen.”