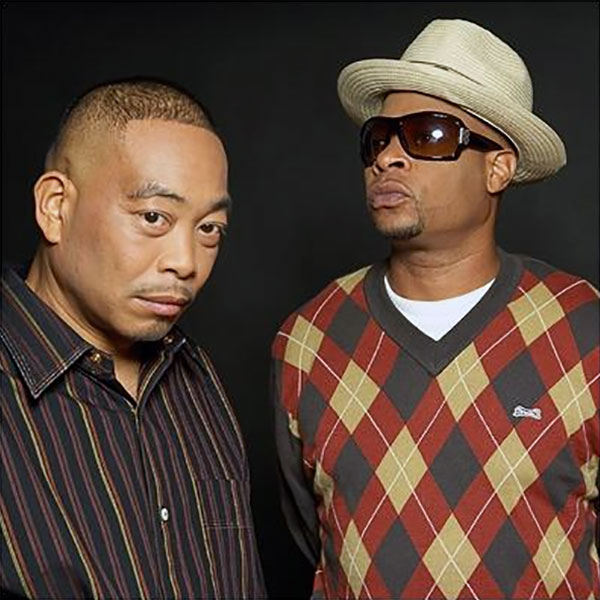 2 Live Crew (also known as "The 2 Live Crew") is a controversial miami bass group, largely known due to the sexual themes of one hip-hop album: 1989's 'As Nasty As They Wanna Be'. It was both certified double platinum by the RIAA as well as subject to an acrimonious legal case. 2 Live Crew formed as three young men in the U.S. Air Force all met each other after they became stationed in Riverside, California in 1984.

Made up of Fresh Kid Ice (born Chris Wong Won), DJ Mr. Mixx (born David Hobbs), and Amazing V (born Yuri Vielot), the multi-racial rap group released their debut single, "Revelation". in 1985. Published through Fresh Beat Records/Macola Records out of Hollywood, California, their track showed the fingerprints of early 80s electronica music. Inspired by records by hip-hop pioneers such as Afrika Bambaataa, they put the group together with the intentions of "sustaining the 808 kick drum".

Amazing V left the group, and Fresh Kid Ice along with Mr. Mixx moved to Miami, hiring Luke Skyywalker as their manager. In 1986, the act was hired to perform WEDR's Dade County Youth Fair, adding fellow California rapper Brother Marquis, formerly of The Caution Crew, and recorded the opening song to their album live. After realizing their shows lacked stage presence, they decided to add Luke to the group as a stage hypeman. Reacting to the crowd's dirty dancing they saw in Miami, they responded by recording suggestive music, which soon evolved into fully fledged x-rated music.

Once major labels came to Luke in hopes of recruiting the group away from Luke Skyywalker Records, Luke finally clamped down and had 2 Live Crew sign contracts. Having their own label also meant keeping their tracks free from record company censorship, and 2 Live Crew's raunchy 1986 song "Throw the D" managed to sell over 200,000 copies. Luke joined the group completely as a co-vocalist as well.

On the heels of "As Nasty as they Wanna Be", Luke decided to record an album in his own name with the massive aid of 2 Live Crew. When the crew recived a small flat fee for their work on Luke's album rather than receiving royalties, the group secretly broke up over money. Mr. Mixx moved to Oakland forming T-Shirt & Khakis Productions, and Brother Marquis moved to Atlanta forming the group 2 Nazty; however, Luke convinced them to record one more album. During the recording process, sample clearances became an issue, making the record less than their expectations. The crew remained broken up, suing Luke for back royalties. Fresh Kid Ice backed out of the suit, remained with Luke Records, and reformed as "The New 2 Live Crew" for one album.

Finally, he too left Luke and the three core members regrouped signing with Luke's former business associate Lil Joe Weinstein, but the album was not marketed well. The filmakers behind the film "Friday" contacted Luke for a new 2 Live Crew song for the soundtrack not knowing the group had broken up. Luke convinced them to regroup under Luke's tutelage again for one song, but that was the last time all four members would work together. Since then, various members have recorded and toured as 2 Live Crew, licensing the name from Lil Joe Weinstein