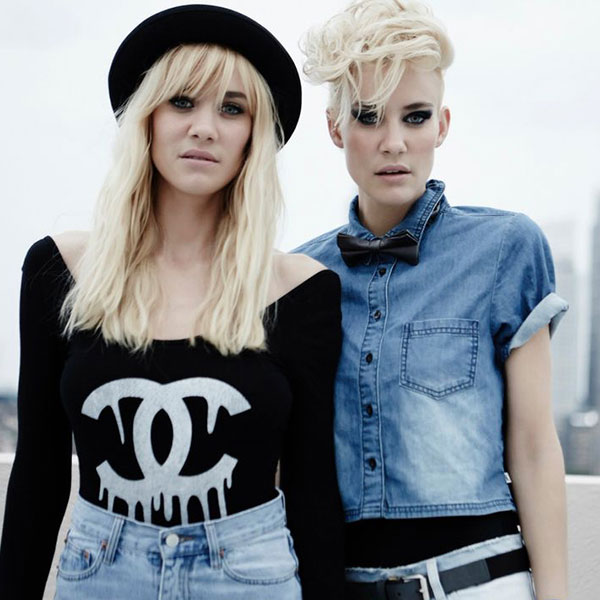 Starting out in the mid-2000’s, Australian sisters Mim and Liv Nervo made their name by writing smash singles for artists like Ke$ha and Kylie Minogue, remixing superstars like Katy Perry and Thirty Seconds to Mars, and joining forces with David Guetta to co-write his Grammy-winning “When Love Takes Over.” They quickly built upon that experience by releasing music under their own name, Nervo, alongside some of the biggest producers today including Afrojack, Steve Aoki and Nicky Romero, while tearing through arenas across North America on the Britney Spears/Nicki Minaj Femme Fatale tour. Now, one of the most sought after acts in dance music, Nervo, can be found balancing their rigorous worldwide touring schedule while working on their debut album that soaks deadly-catchy melody into the loud, dirty beats that set apart their brand of progressive and electro-house.

When not in the studio Mim and Liv can most likely be found spinning at clubs, parties, and festivals all around the world, with their travels including stops at Lollapalooza, Electric Daisy, Ultra and Tomorrowland where they notably celebrated their first Beatport #1 song, “The Way We See The World” (the official Tomorrowland 2011 anthem, co-written and co-produced with Afrojack, Dimitri Vegas & Like Mike). Their club addiction manifested itself in their first Winter Music Conference party this past year (a Delano Hotel event that featured Nervo along with R3HAB, Adrian Lux, Sneaky Sound System, Hook N Sling, and Quintino) as well as two major residencies in 2012: one at the Wynn Hotel Group in the newly anointed EDM mecca of Las Vegas, the other at Ushuaïa Ibiza Beach Hotel.

“We’re pop writers and we’re club addicts,” notes Mim. To that end, their latest single “You’re Gonna Love Again” layers heartache-curing lyrics over in-your-face beats and a synth-drenched sound that slays. It’s the follow up to their debut single “We’re All No One” released in 2011, which saw the Australian sisters teaming up with the aforementioned Steve Aoki and Afrojack to top charts all over the world.

As they balance DJ-ing with songwriting/producing and making their own music—and also serving as hosts of Nervo Nation, their monthly show on SiriusXM’s BPM channel—the globe-trotting duo considers spinning essential to honing in on the perfect sound. “Since we’re not spending all our time in the studio anymore, we get to play our records when we DJ and instantly see how the crowd reacts,” says Mim. “We’re always educating ourselves with that feedback. And those moments when people have their hands in the air and they’re loving the tunes—it’s one of the best rushes you can experience. It means everything to us.”