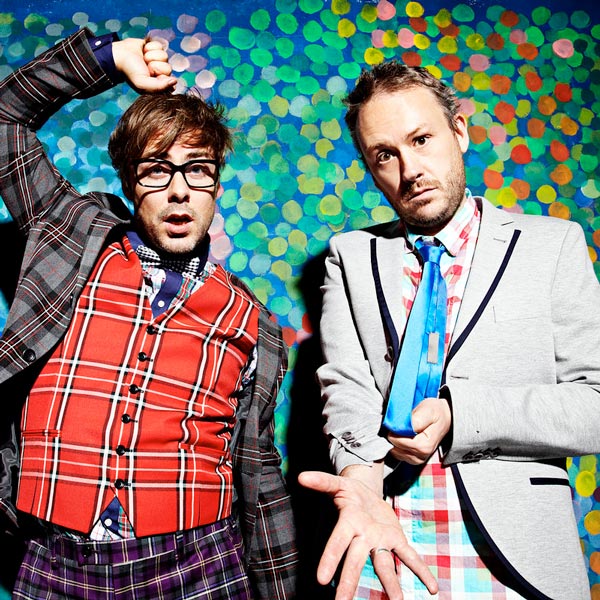 Basement Jaxx are an electronic dance music duo from London, England consisting of Felix Buxton and Simon Ratcliffe. The duo began making music together in 1994 are rose to popularity fairly quickly on the underground transatlantic club scene. The duo's music earned them a BRIT Award for 'Best Dance Act' in 2002 and in 2004. Basement Jaxx emerged out of Brixton, in south London, where they were locals on the club circuit and hosted their own club called Basement Jaxx. Often the duo worked with guest DJ's, such as DJ Sneak, Daft Punk, and singer Corrina Joseph. 1999 saw the duo release their debut album, “Remedy,” which produced the single “Red Alert” that appeared on the soundtrack to the popular indie film, “Bend It Like Beckham.”

The duo's second offering, “Rooty,” emerged in 2001 and spawned the international hit single, “Where's Your Head At?,” which was also featured on the “Tomb Raider” film soundtrack. Basement Jaxx followed up with, “Kish Kash,” which earned the band a Grammy Award for 'Best Electronic/Dance Album' in 2004. 2005 saw the duo perform at the Glastonbury Festival to an ecstatic audience. The duo's fourth studio album, “Crazy Itch Radio,” was released in 2006 followed by a tour supporting the album and Robbie Williams on his 'Close Encounters' tour. In addition to writing and performing their own music, the duo has become producers for other established artists, such as Cyndi Lauper, whom they worked with in 2008 on her “Bring Ya to the Brink” album. As such, Basement Jaxx has become in-demand remixers, mixing “4 My People” for Missy Elliott; “Everyman… Everywoman…” for Yoko Ono; “Like I Love You” for Justin Timberlake; and “She Wants to Move” for N*E*R*D.

2009 marked the release of Basement Jaxx's album, “Scars,” which features guest appearances by Yoko Ono, Santigold, Lightspeed Champion, and Yo! Majesty. 2011 saw Basement Jaxx scored their first entire soundtrack themselves for the film, “Attack the Block.” Currently the band is working on a new album.