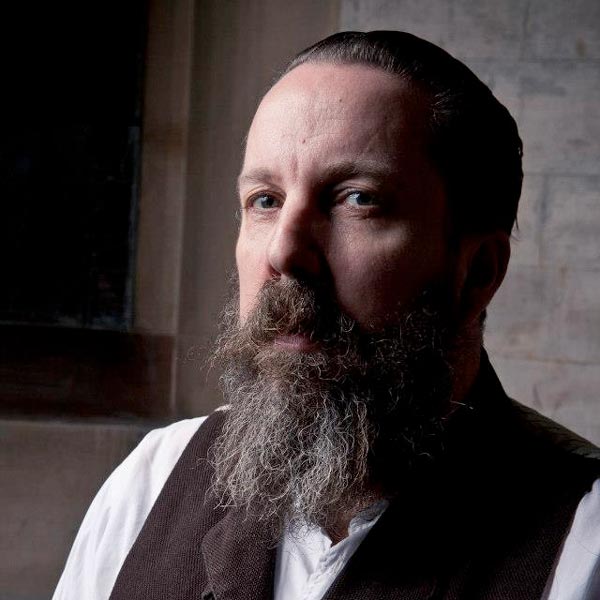 Andrew Weatherall is a key figure in UK dance culture. He was there at the beginning of UK club culture in the late 80's just as Ecstasy was changing the dancefloors into something more open minded and loved up. He is a founder member of the Boys Own fanzine that documented what was happening then in sarcastic, trenchant terms - contrasting harshly with the sometimes "fluffy" or hippie-ish rhetoric spouted by some caught up in the Acid House movement. The Boys Own parties were considered a destination for the smarter set and for musical connoisseurs, unlike the lowest-common-denominator mega-raves which were kicking off at the same time.

Andrew Weatherall found initial acclaim with an audience outside the dance crowd when he remixed Primal Scream's "I'm Losing More Than I'll Ever Had" into the monster track "Loaded". He has shown a talent for stripping music down to fundamental components and then adding something extra to turn it into something beautiful. His remixes with Primal Scream and production work on "Screamadelica" are breathtaking and so far in advance of the rest of the music industry that he has always been a maverick. His production work with One Dove provided one of the great early post Acid House "Chill Out" albums in the melancholic "Morning Dove White" and he provided classic remixes for artists from Stereo MCs to James and Happy Mondays.

As the 90s progressed and his DJ contemporaries moved into the "superclubs", playing formulaic house and trance, Andrew Weatherall always chose to evade easy categorisation, playing sets of anything from heavy dub to pure Detroit Electro, spurning the huge paychecks of fellow Acid House veterans, but consolidating his reputation as a true music lovers' favourite. His clubs including Sabresonic and Bloodsugar became legendary, and he continued to forge links with musicians both underground and mainstream. Later work - with his bands Sabres Of Paradise and Two Lone Swordsmen - has taken in Trip Hop, Dub, Techno, Funk, Electro and even Rockabilly and Goth Rock on the most recent TLS album "The Double Gone Chapel". His latest release - and his first under his own name - "The Bullet Catcher's Apprentice" is a return almost to classic Balearic values that he championed over 17 years ago when DJing at the seminal early house nights in London and around the M25. 2013 he released the first album with the band The Asphodells.

Always innovating and never stopping this man is a modern legend, a raconteur, writer and polemicist as well as DJ and musician, who perhaps hasn't really had the proper attention he deserves - but appears to like it that way.